Upon meeting again, face-to-face, the other half of my DNA, I was sedated by a surprising lull of indifference. Though long-distance and litigious in nature, his resume of leaving is noteworthy. Equally stunning was his history of evaporating as ether, especially at the eleventh hour of my trajectory. And still, with the human who had shown up for a little else than my conception folded awkwardly atop my couch, I felt a blissful nothingness.

Much to his chagrin, the realization that the dozens of abandonments he had accrued paled when juxtaposed with my battles within my bones. Whatever psychobabble he projected within the confines of his professional and personal circles were negated by my very existence. No, thank you, Freud, I do not have daddy issues. Much to the contrary, it is my “daddy” who has issues.

There are most likely cadres of women brainwashed into believing that the absent father figure has trampled their minds. Issues with their fathers have dictated a cycle of insecurity which is manifesting in their… And so on. While I’m not underestimating the trauma that can occur from abuse or abandonment of a parent, I am calling attention to the n﻿otion that such circumstances create a pathology within the child. Many times, I think the internalization of a parent’s mistake is preyed upon by our society.

Instead, I offer a remedy of self-acceptance and compassion. It is not a diagnosis of daddy issues quite necessarily, I have come to find. I am comforted by the indifference I feel toward the stranger who helped bring me into this world. I take refuge in my knowledge that indeed, the apple did fall far from the tree. 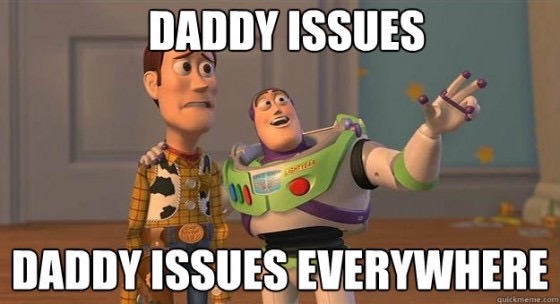 CSUC sociology alumni. Writer. Survivor. Making a comeback, one word at a time. I invite you to follow my unpredictable journey to health @brianabeaver1 View all posts by briacadbury 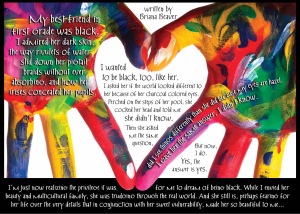